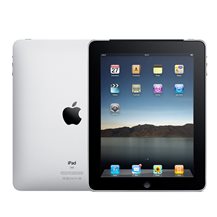 If you need parts for your iPad 1 2010 , we have all kinds of components, stock 99, 9% guaranteed. Compatible and original parts on request.

Do you need a replacement for iPad 1 2010 screen? The charging connector no longer connects well? The battery is not working well, does it last? If your mobile has gotten wet, the camera does not work, it does not focus well, the start button or home button does not respond. or the headphones do not sound good you do not have to worry, fortunately in tic spare parts we will have the solution to the problems of your mobile.

When repairing your iPad 1 2010 we recommend that you always put yourself in the hands of a specialized technical service.

Common failures when repairing a tablet:

Screen does not turn on / broken my iPad 1 2010 : the complete screen must be changed except for those models that allow easy replacement only the outer glass.

My tablet iPad 1 2010 does not charge: usually it is because of the battery drain. Secondly, it may not charge due to poor condition of the charging connector module. The third case is possible that the motherboard has a damaged charging chip. It may or may not be repaired.

When I call I cannot be heard: you should check or change the operation of the microphone of your tablet. It can be a loose piece or go with the charging connector piece.

I can't hear calls: The ringtone of a tablet is given by the so-called hands-free speaker or buzzer . Also the video playback sound goes through the buzzer speaker. The normal sound that you would have in a call is reproduced through the earpiece speaker , you must change this part if you are not able to hear the other person.

We have screens for iPad 1 2010, check our category or call us if you need to order your screen or that we provide you with our technical service to change the screen of your iPad 1 2010.

Buy your iPad 1 2010 spare part through the website. If it is in stock, it will be released the same day and will arrive the next day in peninsular destinations.